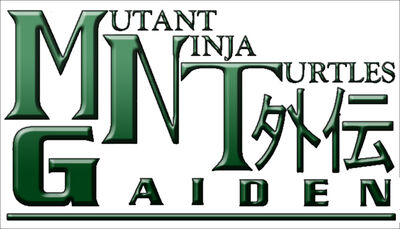 Mutant Ninja Turtles Gaiden, also known as MNT Gaiden or MNTG for short, is a long-running fan webcomic written and illustrated by Tigerfog. It has been running since 2004, and still updates intermittently. At over 800 pages, MNT Gaiden already rivals entire volumes of official TMNT comics in sheer story length. Though MNT Gaiden is purely a fan work and is not licensed by Mirage Studios or ViacomCBS, it is one of the more famous fan works, having managed to attract its own fan base and forge its own influence.

The comic's setting is an alternate universe branched off of the Mirage continuity's volume 1 with influences from both the Image continuity and the 2003 cartoon, and its character designs are patterned after the 2003 cartoon, and the overall visuals adopt additional shōnen manga influences with sound effects written out in katakana. Compared to most other TMNT incarnations, MNT Gaiden is far darker and more brutal, with stronger language and more graphic violence. MNT Gaiden also explores and deconstructs topics of mental illness and ethical dilemma in ways that greatly blur the distinction between hero and villain.

In the Prologue, Hamato Splinter and his sons, the 17-year-old turtles, receive a mysterious package addressed to Splinter's long-dead master Hamato Yoshi. Inside is a cursed sword, which causes people in proximity with the sword to succumb to their dark sides and act on them. The sword's curse quickly seizes Raphael and then Leonardo as they each wield the sword, and the four brothers nearly kill each other. In an effort to save them, Splinter manages to get Leonardo to stab and kill him, removing the sword's control from them. But the surviving turtles' bond as brothers are immediately broken and their family is shattered as the Curse of Yamata-no-Orochi unfortunately remains: Leonardo Hamato has lost his honor, Raphael Hamato has lost his hope, Donatello Hamato has lost his reality, and Michelangelo Hamato has lost his happiness.

Leo immediately leaves Brooklyn for Japan, seeking to learn more about the curse, redeem his honor and save what's left of his family from its fate. 17 years later, no one in his family has seen or heard from him.

Donnie becomes mentally ill, substituting reality with an invented reality of his own choosing, and rejecting his real family and friends as the "fake" versions. He becomes a much colder, more detached person, and opts to live alone in the family's lair which he has converted into a laboratory.

Mikey, the most sensitive of the turtles, cannot live with the heartbreak of Splinter's death or indeed any of his memories as a ninja. He decides to completely give up ninjutsu and move in with April O'Neil, wanting to become a writer instead.

Raph is consumed with guilt, blaming himself and Mikey together for allowing the family tragedy to happen. He moves out of the family lair (leaving Donnie to live alone) and finds a new sewer lair where he can live and train alone and drown his sorrows in new vices of alcoholism, chain smoking and cutting himself.

17 years later, Mikey, Raph and Donnie are living separate lives of their own. This Gaiden universe has already had its own version of the City at War, and Casey Jones had still married and lost Gabrielle, adopted Gabrielle's daughter Shadow, reunited with and married April, and formed a family household in the apartment they share with Mikey. The remaining turtle brothers (minus the absent Leo) meet at the Jones home each Christmas, but otherwise only have intermittent contact with each other, usually over the telephone. A teenage Shadow attends private school along with her classmate friends Augustus Amherst and Davianna Wallace.

One day, on the roof of their Private School, Shadow and Davianna are horrified to find their friend Augustus having been killed and eaten by a mysterious wild young mutant turtle. The wild turtle is captured by police, but a curious Donnie and Raph join forces to break him out. But no longer wild, the turtle has gained the thoughts and memories of the dead boy Augustus Amherst. Not believing that this turtle is actually the Amherst boy, Raphael nevertheless immediately chooses to adopt and train the young turtle in ninjutsu with himself as sensei. Raph names the boy Renoir after a 19th century artist of the same name.

The story follows the turtles, the Jones family, Shadow's friends and Renoir in dealing with the Purple Dragons, the Foot Clan, the Hamato family's new curse, and the mystery behind young Renoir's origins.

Chapter 3:
Broken Brotherhood - Burden from "Back Then"

Chapter 4:
Watch Out! Business with the Purple Dragons!

Chapter 5:
Raph Strikes - How to End a Conflict and Start a New One

Chapter 6:
The Actor Who Has Never Performed Before

Chapter 9:
Deeper in the Abyss

Chapter 13:
Back into the Shadows

Chapter 14:
Dogfight!! Up Close and Personal with Remnants of the Foot Clan!

Chapter 17:
Between Cops and Ninjas

Chapter 19:
Fragments of Truth Inside His Mind

Chapter 20:
Adjusting to the Present

Chapter 21:
The Curse of "Yamata-no-Orochi"

Chapter 22:
The Witch-Hunt of a Bloodline 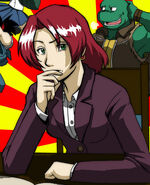 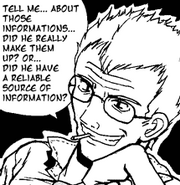 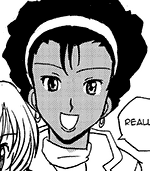 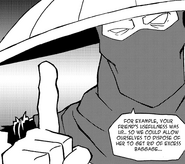 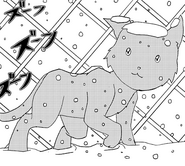 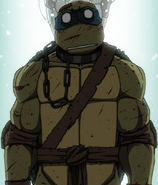 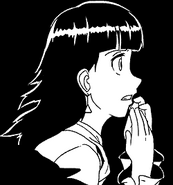 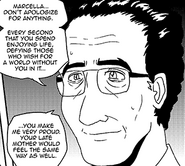 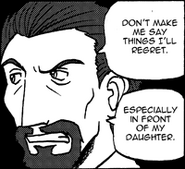 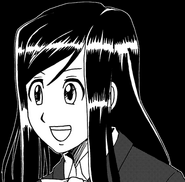 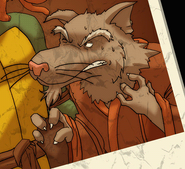 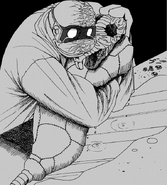 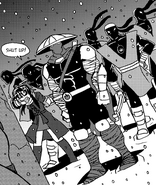 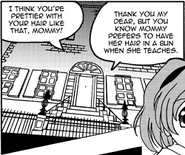 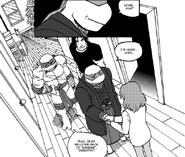 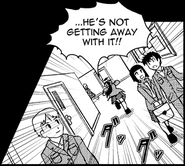 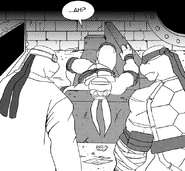 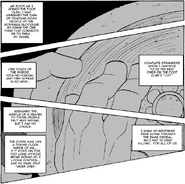 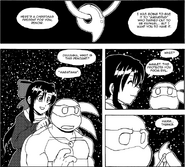 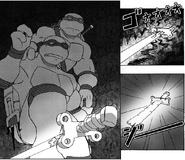 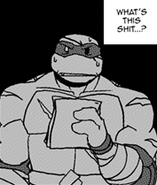 On the Trails of Purple Dragons 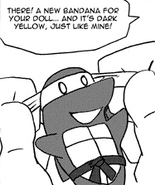